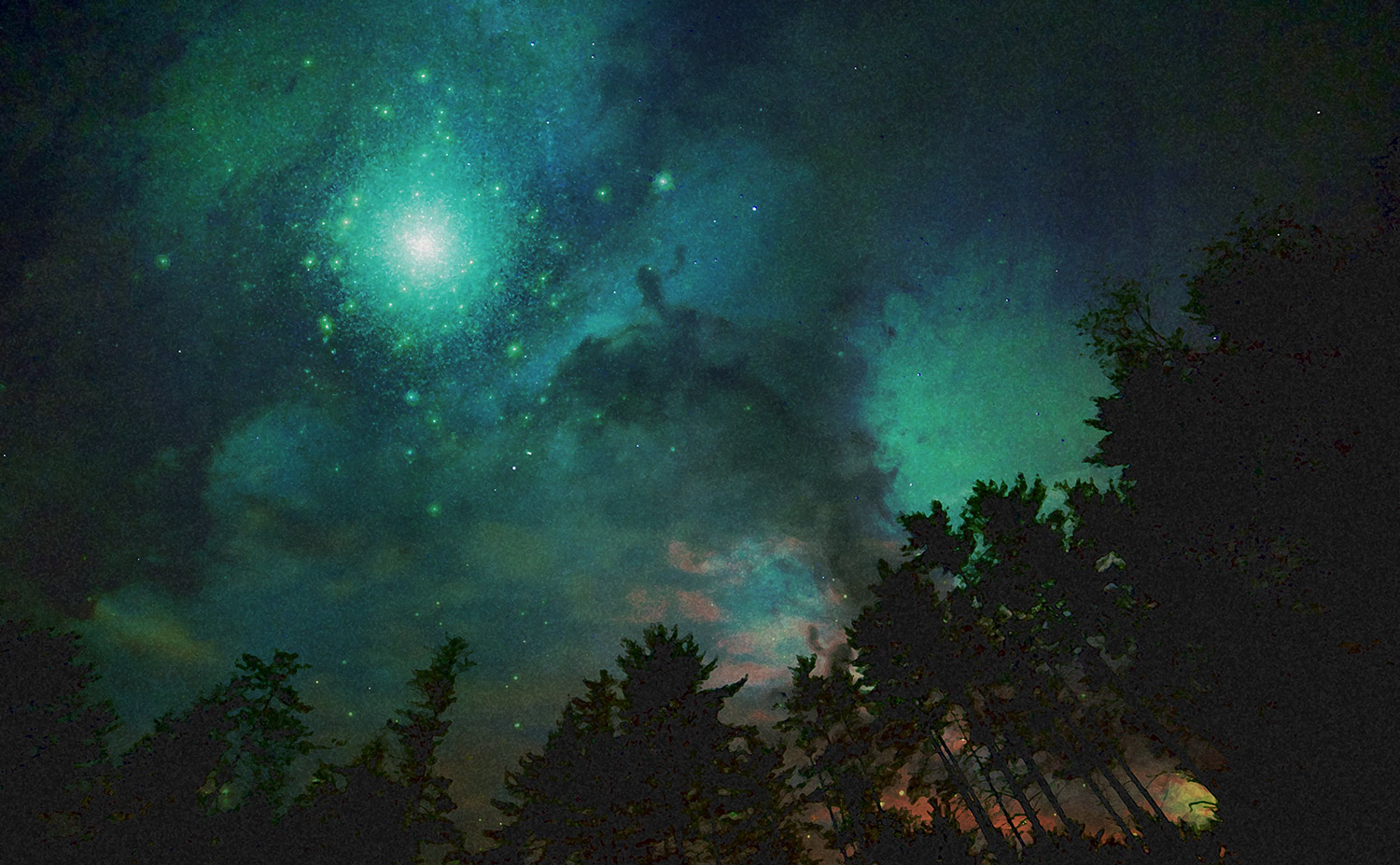 The footsteps drew closer. There was no mistaking him, the recent memory of his distinctive gait clear in her mind as she listened. Too tired to look she lay perfectly still. The blood loss had sapped the last of her strength, although maybe it was leaving the bodies behind that had drained her in the end.

‘Well,’ he said, finally reaching her, breathless with the unaccustomed exertion. ‘You didn’t make it after all.’

The cold seeped in. She expected him to boast again about the way he’d killed her children, but he didn’t. Maybe he was bored with it now.

‘I told you you wouldn’t get far.’

‘Yes,’ she said as the gland contracted, implanted so long ago, before they had been born. While the blutgift rushed into her bloodstream she had time to look again at the cluster, glistening in the dark sky behind him. It was always like this here. The coldness seemed to make the air clearer, the sharp odour of pine sap pervading everything. Nothing like home. She could just make out the star where they’d been born. Where they’d been happy.

She knew the blutgift would be painful when it mixed fully before the numbness spread at the very end, but she felt nothing as panic gripped her. Would she die before the detonation? It might not work and he’d live. But looking up at the stars sprayed across the heavens, the trees silhouetted below, gave her strength. They’d been happy there.

Staring at the cluster she tried to imagine the size of the crater the blutgift would create. Even in her weakened state she knew it would be at least a kilometre wide.

The numbness spread from her extremities, her hands and feet already gone. The sensation moved inward to her core. Despite the implant’s age it was working, the gradual loss of feeling the only concession to the host.

An ache grew in her chest, rising to a sharp pain, quickly subsiding as her torso lost all feeling. It was happening, more suddenly than expected. The sensation grew, rushing forth, beyond her control. It drew her focus away from the cluster, back to now. Back to him.

He leaned down, inspecting her closely, as if restraining himself from hitting her. ‘If I had time to waste I’d make you pay. Like your brats.’

She looked into his eyes, so full of hate. The numbness accelerated, approaching her neck.

‘Yes,’ she managed, the sense of loss almost too much, her vocal cords beginning to go as it neared its zenith. ‘If you had time.’

We never share your details. Unsubscribe at any time.