Kenobi: Master of the Force — Excerpt 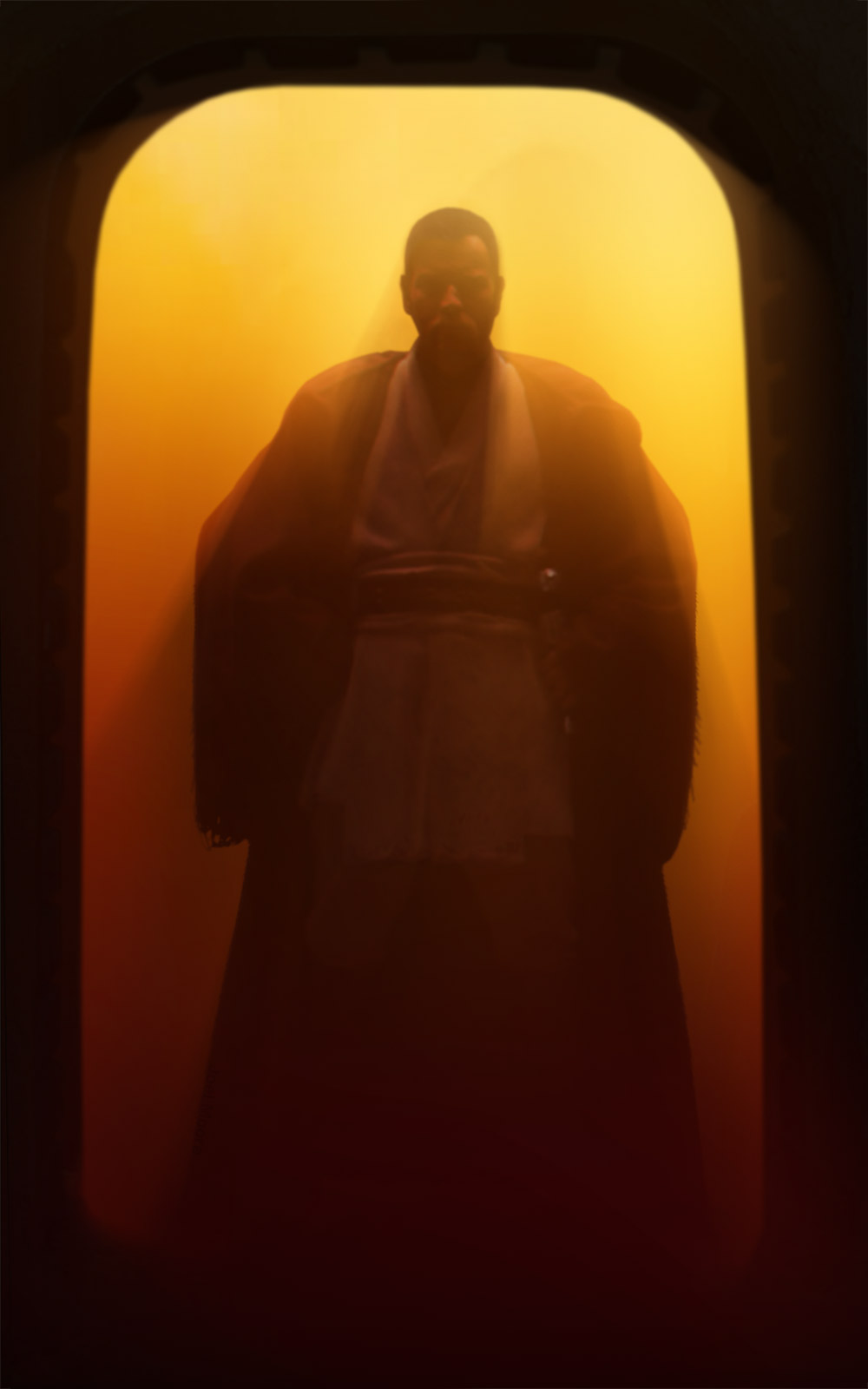 The door behind Salagin opened. She expected it to be one of the aliens but instead it was a human.

He strode in towards them. Salagin didn’t react, his demeanor indicating they knew each other.

“Well,” said the stranger, approaching her. “Hello there.”

He was of medium height and younger than Salagin. In his middle years with close cropped hair, almost shaved. A thick beard concealed part of his face, flecks of grey just visible in the gloom. Despite his maturity he looked powerful. Under his plain cream colored tunic and breeches he looked muscled and strong. His movement reminded her briefly of Felix. He moved like a younger man. It took her a few moments to realize a lightsaber hung from his belt, at his left hip. It was only then she realized he wore a dark cassock, the ragged hem betraying its age.

She stared at the weapon and the cassock. Who was he? Was this who they had come to meet? A Jedi Knight?

“My apologies for your rough treatment,” he said. “My two friends meant well. That was their idea of a subtle abduction. Still, you made it in one piece.”

He raised his hand. Her gold lightsaber shone in the muted light of the room, the hilt turned sideways, palm upward in the Jedi fashion.

“I think this belongs to you.”

His voice was strangely melodious. Cultured and soft, but firm and sure. It suddenly struck her as she reached out for the familiar weapon he sounded like Hanika. It was a voice from long ago, from before the Empire.